Share a memory
Obituary & Services
Tribute Wall
Donations
Read more about the life story of Kimberly and share your memory.

Kimberly Davis Crear, 58, of Charlton, MA passed away after a brief illness on January 13, 2023.  She was the beloved wife of Robert J. Crear to whom she was married for 33 years.  Born in Manchester, NH on March 31, 1964, she was the loving daughter of Edwin A. and Judith M. Davis.

Kim began her career in law at the law firm of Robinson, Donovan, Madden & Barry in Springfield, Ma and then moved on to become one of the founding members of the law firm of Crear, Chadwell, Dos Santos & Devlin, P.C. also in Springfield, MA.  She had focused her practice on worker’s compensation law, disability law, and insurance defense.  Kim had over 30 years of experience representing Massachusetts employers at the Department of Industrial Accidents.  She was frequently asked to speak to members of the defense community and employer groups on the subject of litigating worker’s compensation cases.  She was an active member of the Hampden County Bar Association Worker’s Compensation Subcommittee, and also a member of the Massachusetts and American Bar Associations.

Kim loved spending time with her husband, family and friends vacationing in Puerto Rico and Aruba, skiing in Vermont and “beaching” on Cape Cod, Biddeford Pool and Wells, ME.  Besides her husband Rob, and parents Ed and Judy, Kim is survived by many loving family members including her sister Kelly Lodowsky, her brother Edwin “Chuck” Davis, her brother and sister in-laws Philip and Sandy Crear and niece and nephews Brecken, Danny, Justin & Jacob.  She is predeceased by her brother in-law Craig Lodowsky.

Kim’s laugh, generosity and love of life will be missed by many.  There will be a Celebration of her life with details to be announced.  Donations may be made in Kim’s honor to Here Today Adopted Tomorrow Animal Sanctuary, Brimfield, MA, where Kim adopted her cat Grison.

To send flowers to the family or plant a tree in memory of Kimberly (Davis) Crear, please visit our floral store. 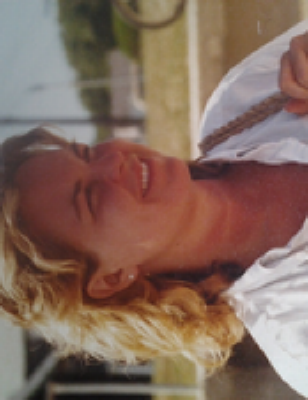 Family and friends are coming together online to create a special keepsake. Every memory left on the online obituary will be automatically included in the book.

You can still show your support by sending flowers directly to the family, or by planting a memorial tree in the memory of Kimberly (Davis) Crear