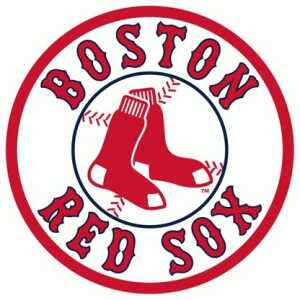 John Gilbert (Jack) Nelson of Taunton, MA, passed away unexpectedly at his home on Sunday, April 17, 2022.  He was born in Brockton, MA, on October 18, 1944, to Herman Gilbert and Wahlborg Elizabeth (Johnson) Nelson of North Easton, MA, both of whom preceded him in death.

Jack was raised in North Easton through his elementary school years prior to moving to West Bridgewater, MA, where he completed his junior high and senior high school education. He attended Suomi College (now Finlandia University) in Hancock, MI, and Northern Michigan University in Marquette, MI, where he received a bachelor’s and master’s degree in history and psychology.  He also attended the Lutheran School of Theology in Chicago.

Jack was employed as the director of the Drug Rehabilitation Program in Taunton, the director of human relations at Robertson Curtain Factory in Taunton, a guidance counselor in the Taunton Public Schools, and a math teacher at Brockton High School prior to his retirement.

He was an avid sports fan of all of Boston’s professional teams, having season’s tickets to the Bruins and Patriots when his son Duane was younger.  In Jack’s later years, he especially enjoyed the Patriots and the Red Sox.

Jack enjoyed traveling to Europe, especially to Sweden where he connected with relatives there.  He was a member of the Vasa Order of America, a Swedish-American fraternal, cultural and educational organization that celebrated its Nordic heritage.

Jack is survived by a son Duane Robert and a daughter-in-law Lisa Marie (White) Nelson, and three grandsons who were the loves of his life: Garrett Andrew, Christopher Matthew and Aaron James, all of Walpole, MA. He is also survived by his brothers George of Randolph, NJ, and Charles of Panama City Beach, FL; an aunt and uncle, Robert and Inga (Ginny) Johnson of North Easton, numerous first cousins, and his former wife Elaine Ojala of Taunton.

Visiting hours for Jack will be on Friday, April 22, 2022 from 4PM - 8PM at Holy Trinity Lutheran Church, 143 Lincoln St, North Easton, MA 02356.   A Service of Christian Burial will be held at Holy Trinity Lutheran Church on Saturday, April 23, 2022 at 11AM. Interment will follow at South Easton Cemetery, 473 Washington Street, Easton. In lieu of flowers, donations in Jack’s memory may be made to the American Diabetes Association; https://www.diabetes.org/?form=Donate, PO Box 7023 Merrifield, VA 22116-7023. For directions or to leave Jack's family an online condolence please visit www.sefuneralhome.com.

To send flowers to the family or plant a tree in memory of John "Jack" G. Nelson, please visit our floral store.