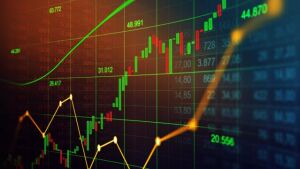 The family of Eugene Don Takach is heartbroken to announce his passing on January 16, 2021. Don, as he was known to those closest to him, was a soft-spoken man with a quiet smile. He was trustworthy, dependable and led his life by example. He always put family first.

Don’s story begins on an October day in1940 in East Boston, where he was the first of five sons born to Eugene John and Florence Takach. He attended and graduated from East Boston High and then went on to graduate with a business degree from Northeastern University. He joined R.W. Pressprich & Co. as a trader, and then moved into the position of Portfolio Manager at First National Bank of Boston. His love of stocks and investing was a lifelong passion and he was always eager to share his current picks with those around him. He had the uncanny ability to recall the minutest details in the numerous stock profiles he read. And read he did— his desk and office floor were invariably covered with stacks and stacks of paper piled haphazardly at various heights. His colleagues would shake their heads and mutter at the disarray, but ask for a particular piece of paper and he could put his hands right on it. He had a system. As the world turned digital, a daily flood of emails to his inbox became the modern day equivalent of his office desk.

Memorable summer weekends were spent in New Hampshire at the family camp on Lake Winnipesaukee where Don, his brothers, and later their families, converged. The days were spent in and out of the water, swimming out to the raft and then drip-drying in the sun. After grilling rounds of burgers for lunch, an impromptu game of waffle ball would be declared, quickly followed by some good-natured ribbing as teams were chosen.

In 1988 Don was diagnosed with Parkinson’s disease. To the amazement of doctors and health care professionals, he continued to lead a full life and publicly showed the strength of his character. It was his wish to stay in the home he loved, and his family, through the support of many, was able to make that happen. He battled fiercely to the very end.

Don loved food and loved through food, much like his father. He was generous with his portions and saw to it that no one walked away from the table hungry. “Eat up!” was the phrase you’d always hear him say as he brought out more platters and bowls. Meatloaf and buttered mashed potatoes may have been his comforts, but he did enjoy more refined foods. Each Christmas he looked forward to enjoying lobster bisque made with a family recipe. And anyone who spent any time with him soon came to realize he loved ice cream and would eat it even on the coldest winter days. Later in life Don enjoyed watching food shows that highlighted area restaurants and was able to dine at a few top spots.

A fervent Boston sports fan, he watched as many games as he could. Sometimes he’d get tickets to Fenway or the Garden and take his children or grandchildren along, ensuring that another generation shared his passion. Don got a lot of enjoyment from his grandkids and hearing about their endeavors and achievements. They showered him with handmade crafts which he treasured. Evidence of their love was proudly on full display throughout the house.

Don was a devoted husband to his wife of 56 years Barbara (Betsey) Frost and father to their three children: Pamela and her husband Thomas Borbely of North Easton, James and his wife Elcenora of Virginia, and Sarah and her husband Daniel Arnholt of Pennsylvania. He was the best “Boppa” to his seven grandchildren: Adam and Daniel Borbely, Andrew and Alexandra Takach, and William, Abigail and Isabel Arnholt. Don is survived by brothers Harry and his wife Diane of California, Charles and his wife Patricia, Robert and his wife Patricia, and David of Massachusetts, as well as numerous nieces and nephews.

Visiting hours are Thursday, January 21 from 2-4 pm and 5-7pm at Southeast Funeral Home, 93 Center St. North Easton following Covid guidelines. A Celebration of Life ceremony will be held Saturday, January 30 at 10am at Covenant Congregational Church in North Easton and burial in Everett.

To send flowers to the family or plant a tree in memory of Eugene "Don" Takach, please visit our floral store.